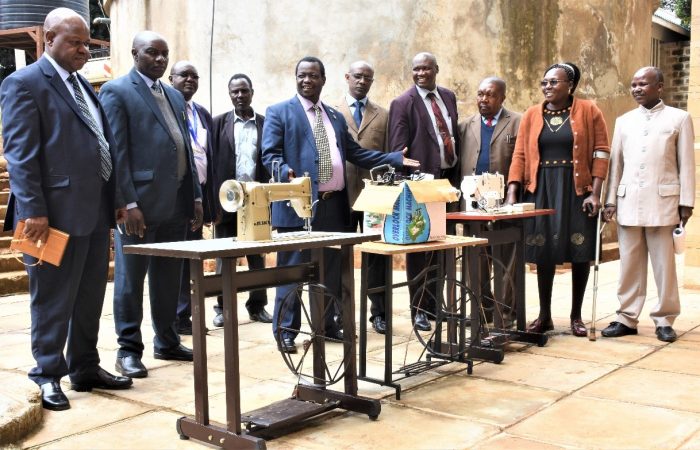 Chuka University over the years has ensured that it partners with the local community and stakeholders through Corporate Social Responsibility (CSR) Initiatives, which are part of the University’s core mandate as an Institution of Higher Learning. In actualizing its core mandate, on 8th September 2022, the University donated three sewing machines worth kshs 100,000 to Ndagani Primary School.

The CSR donation exercise was led by the DVC-AFP&D Prof. Henry Mutembei. In his speech, Prof. Mutembei articulated the importance of CSR initiatives to support the government to strengthen the rolled-out competency curriculum-based programs in primary schools. He further acknowledged that having a primary school in a University is an inspiration to both the community and the pupils. Prof. Mutembei equally emphasized that the sewing machines were to be utilized for the spirit and purpose for which they were requested. The Registrar, Administration, and Planning, Dr. Peter Mabubi thanked the University Management for the kind gesture to support the neighboring school and that the University would continue inspiring the community to fulfill the prophecy of Jerusha Kanyua. The head teacher, Mr. Joseph Keah thanked the University Management for always supporting the school in various capacities. “The sewing machines are for the Special Unit to empower children with special needs so that when they exit primary school, they are equipped with technical skills that support their livelihood,” said Mr. Keah.  He equally acknowledged the cordial relationship between the Ndagani Primary school and the University and pledged to continue to work with the University for the betterment of society. 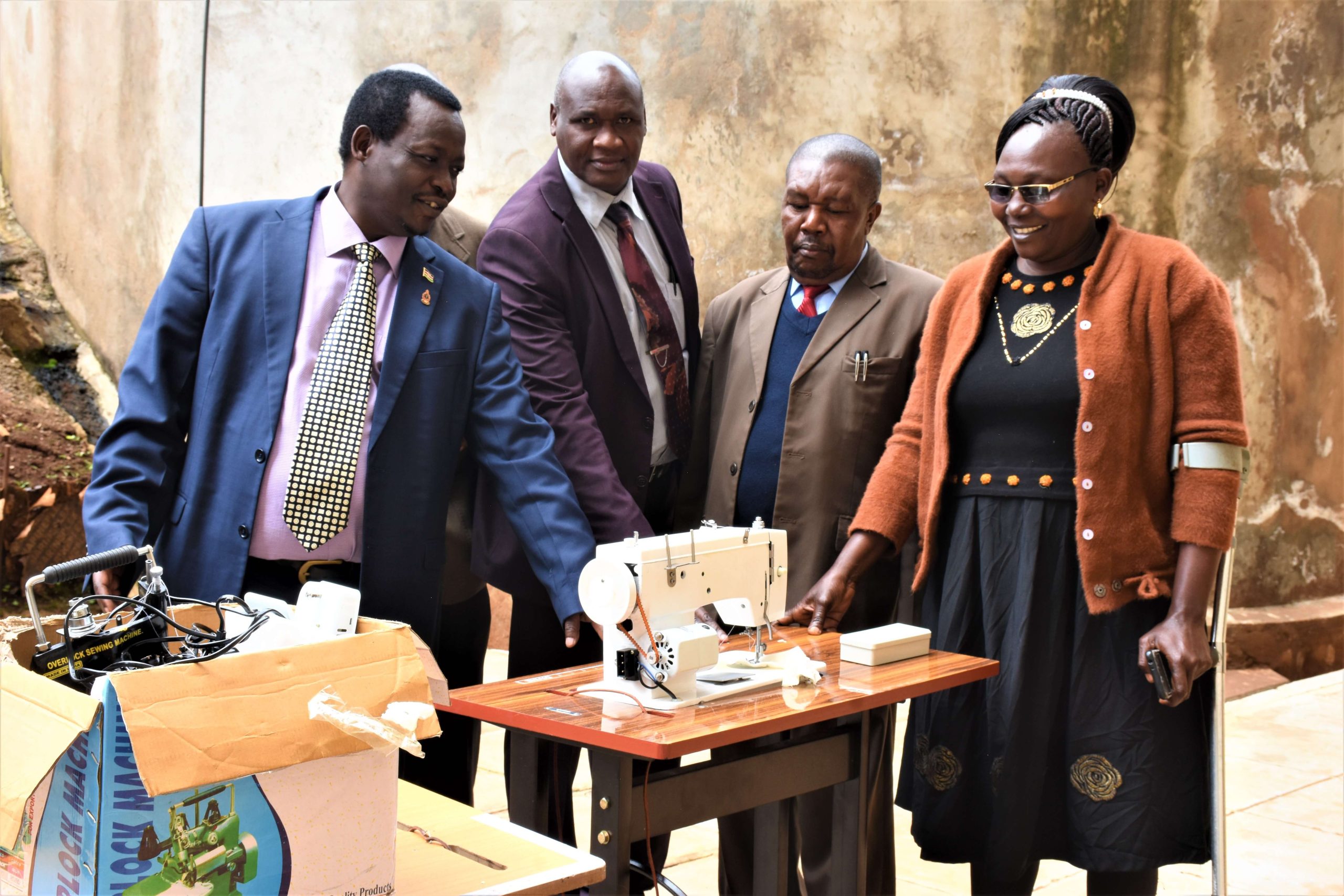 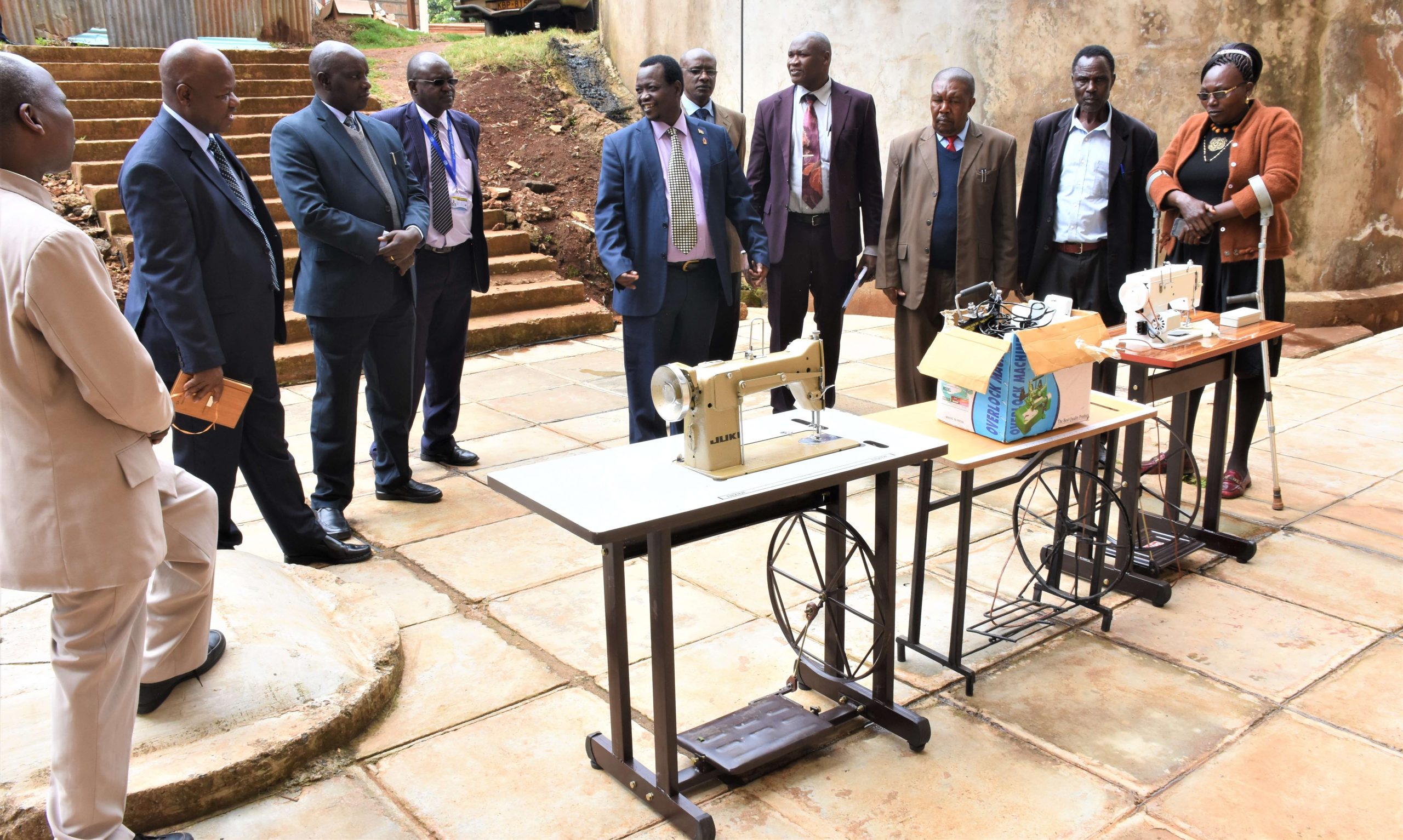 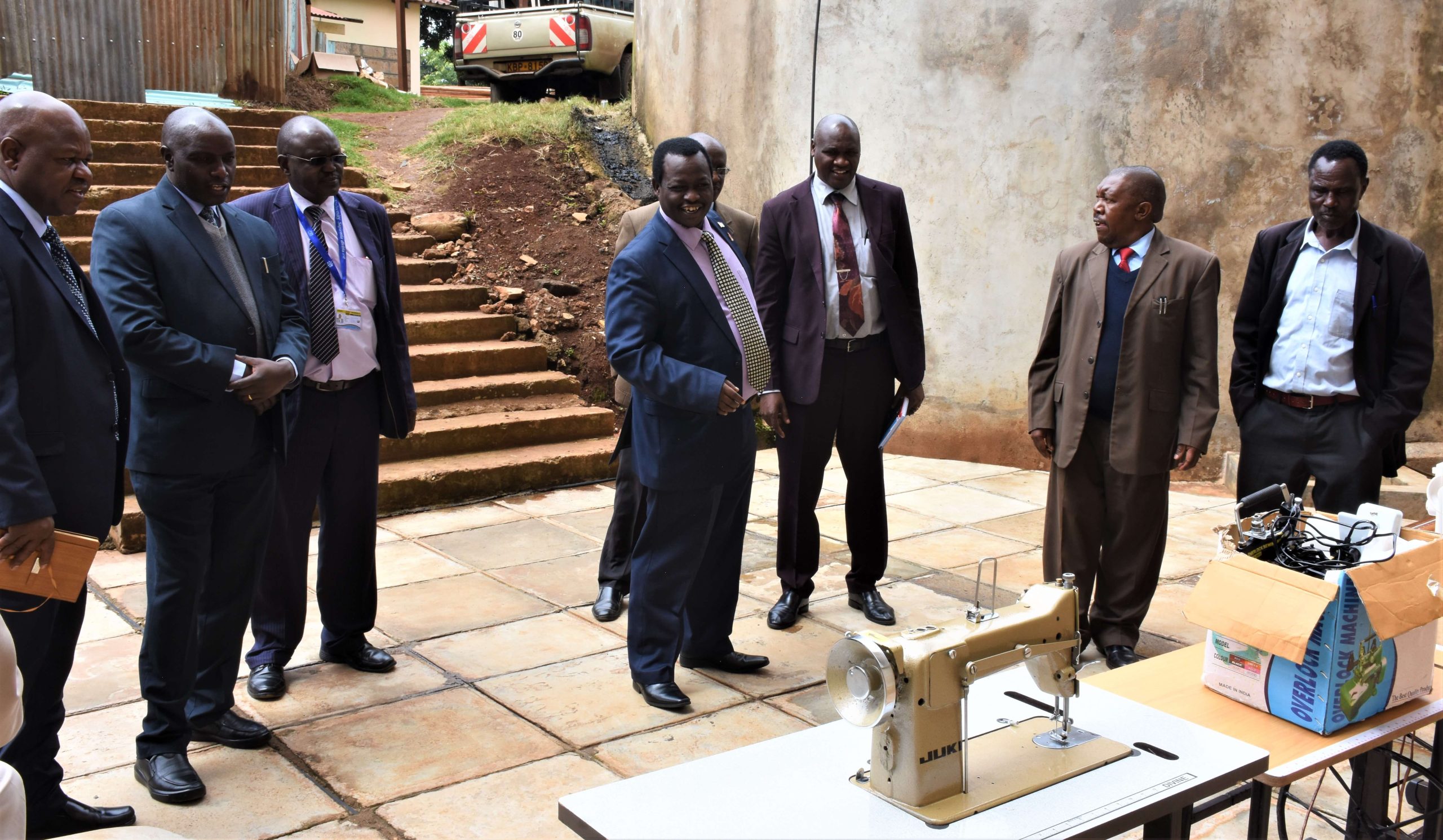